Pita Sharples is angry that the government has effectively scuppered the $3m bid to screen the Rugby World Cup on Maori TV. 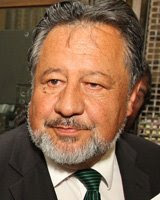 I was quite prepared to have to listen to a refreshing commentary.


Jerry Collins has gone down in a rutu mahunga. It's a piro whiu. Aw c'mon ref, he would have scored for sure. No, he's ordered a five-metre kirimiti. Unbelievable! Thirty seconds remaining. All Blacks to put in. Carter is standing deep. Cowan has the ball. He passes it off to the taitapa who charges upfield. Oh no! Taka whakamua!. France restarts - Carter intercepts, passes it to Cowan who quickly offloads it to Cory Jane - who executes a whana whakapiro right on full time! NZ 10 France 9. The All Blacks are into the whakamutunga! Te pai ke! Ka pai, wouldn't you agree, Murray Mexted?

I do think that the political implications of the Te Puni Kokiri proposal have not been thought through particularly well. Sharples approved funding via Maori development so any proposal had to have a convincing development approach.

There has been suggestions that TVNZ and Maori TV should offer a joint proposal. If they were to do so, the implications of a fusion of TVNZ aims with a Maori development approach will need to be considered. Instead, the latest state of play is that the $3m bid as outlined by Te Puni Kokiri has pushed up the price in the TVNZ/TV3/MTV bidding war - with the winner no doubt to be funded by the taxpayer and approved by cabinet.

Update Maori Television responds by claiming things are unfair, criticising government ministers, but says it will not drop its bid.

Are these people serious? Why do they want a separatist approach? Why haven't they done a joint bid with TVNZ? MTV is not available nationwide, the government is bound to support the bid that can get the games onto FTA with the widest number of viewers who can watch it.