Did Goff lie or was he deceitful? 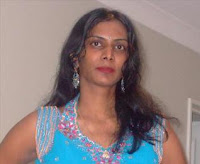 Last week I wrote a post detailing a conversation a talkback caller had with Phil Goff on Radio Live last week in which he denied all knowledge of wannabe Labour MP Neelam Choudary's immigation scam, for which her husband was subsequently convicted. You can listen to the interview here or over here. The following is the transcript:

Caller: Look Phil, the NZ Herald reports that, um, Labour Party member and, and, your friend Neelam Choudhary contacted you prior to her first meeting with Dr Richard Worth…
Goff: That’s correct.
Caller: ...at Sylvia Park on the 26th of November of last year. You advised her to take someone along to that meeting, she did so and took her husband along who sat out in the carpark, while she had the meeting. Why did you gave her this advice? Did you know that her husband was facing serious immigration scam charges in the court and in fact he was convicted the next week…
Goff The answer to that is no I didn’t know at that point that that was the case, why did I give her that advice, because, if, ah , you know, I suppose, uh, along with most other New Zealanders, ah, if the minister wants to have a private meeting and is offering a job to someone that he knows is in the oppositions camp, ah, I though, ah , fairly early on that there might be an ulterior motive, didn’t have any evidence for that, but I suggested that – actually I would have suggested that she took someone else into the meeting with her unfortunately she didn’t do that, ah, I think it was for her own protection that I made that recommendation

We have about as much evidence as the deleted texts that Worth offered Choudary two jobs.Although Choudary said that Worth offered her a job at the cafe meeting, Goff said he offered advice as Worth was to offer her a job. But how did Goff know that, given the offer had not been made? Did he know he was going to offer her two jobs, as Choudary has claimed?[ Incidentally how well does he know Richard Worth's "korean friend"]

Surely Goff knew of Choudary's husband's immigration case. He certainly knew 12 days after the Worth meeting when he read this in the paper. And on 5 June - when most National insiders knew the nameless immigrant was Choudary - Goff he said he had kept in contact with the woman and her husband last year - when the texts started happening.

Five days later Goff said that he had met Choudary's husband just once, implying the one contact.That was the day this blog was one of two that outed the identity of Choudhary, and Goff may have know that she'd be on the TV news that evening.

The weird thing about this whole saga is that Neelam Choudhary claimed that Richard Worth offered her jobs that she didn't take up, while the following week her husband was convicted for sending out letters offering jobs that didn't exist. But it was also Neelam Choudary that reportedly received money for the scam. I wondered why she was always dressed so nicely.

But it wasn't until 6 May months after Goff was aware of the texts - that he phoned John Key and told him he "had a problem, a woman had come with a complaint that she had been offered particular positions under the portfolio of Dr Worth... that the offer of those positions was as the basis to developing a sexual relationship".

Like, five months later he's just been told a Minister has been texting a woman "dozens and dozens" of times to develop a sexual relationship and it's such a problem he has to suddenly ring the PM at 9:30pm and tell him right away, purely because the poor Indian migrant had only been in New Zealand long enough to get approval of her application to be a member of the Labour Party.